This article was written by: Brandi Rice

Welcome to the world of cannabis! We are so glad that you have taken the time and energy to learn more about the medications you take. With legalization and more and more states opting into medical marijuana, now more than ever education on marijuana and it’s specific products is on the rise. Here at Light’N Up Provisioning our staff is fully knowledgeable and trained on cannabinoids so they can provide you with the best choices. Here you can learn about our endocannabinoid system and how specific cannabinoids have an effect on you.

–   Cannabinoid Receptors: Found on the surface of cells

– Metabolic Enzymes: Break down endocannabinoids after they are used

Cannabinoid receptors sit on the surface of cells and “listen” to conditions outside of the cells. They transmit information about changing conditions to the inside of the cell, kick starting the appropriate cellular response.

There are two major receptors CB1 and CB2. These are not the only receptors, but they are the first discovered and most studied. CB1 receptors are the most abundant receptor types in the brain. These are the receptors that interact and get you high. CB2 receptors are more abundant outside of the nervous system in places like the immune system, however

both receptors can be found all throughout the body. Cannabinoids – Cannabis produces a variety of compounds known as cannabinoids. These are most commonly found in the marijuana and hemp plants. There are over a 100+ different cannabinoid compounds, but because some of them come in such small traces it’s hard to study most of them.Cannabis doesn’t directly make that cannabinoids associated with the plant THC and CBD. Instead in synthesizes several cannabinoid acids. Then they must be decarboxylated by heat to produce the compounds THC and CBD. Simply putting a flame to the flower activated the acids and breaks down the cannabinoids to give you the feeling of being high or relaxed. Below is a list of common cannabinoids and their common uses found in cannabis. THC – Tetrahydrocannabinol is the chemical compound in marijuana that will get you a euphoric high. THC works by binding to cannabinoid receptors and concentrated in the brain and central nervous system. CBN – Cannabinol – As THC is exposed to oxygen, light and heat over time, it converts to CBN. Aged cannabis is more likely to have CBN than fresh flower. Common medical benefits include: Anti-Inflammatory, pain relief, appetite stimulant, antibacterial. CBD – Cannabidiol : High CBD strains tend to deliver a very clear-headed functional effects without the euphoric high associated with THC. A high CBD strain would be a great choice for someone needing to medicate throughout the day to control pain, inflammation, anxiety or other chronic conditions. Medical benefits include : epilepsy and seizure disorders, pain and inflammation, PTSD, anxiety, crohn’s, multiple sclerosis, opioid withdrawals.

CBG – Cannabichromene : Non intoxicating, so it doesn’t produce a euphoric high like THC. Medical benefits include: fighting cancer, pain and inflammation, brain cells (maintains brain homeostasis), acne, depression, regenerates bone growth, antifungal, anit-microbial.Terpenes – are aromatic oils that color cannabis varieties with distinctive flavors. Below we have provided a chart from leafly that explains the most common terpenes their effects and how to achieve them through vaporizing.

Terpenes – are aromatic oils that color cannabis varieties with distinctive flavors. Below we have provided a chart from leafly that explains the most common terpenes their effects and how to achieve them through vaporizing. 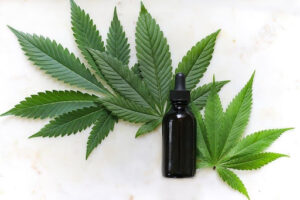 This article was written by: Lindsey Price We have all heard that Cannabis is the New Cure All. Well I don’t believe it

Mary’s Medicinals for the WIN against Pain!

This article was written by: Brandi Rice We have many pain patients that come through the door. Suffering from fibromyalgia, chronic muscle

That feature is coming soon. Get notified immediately by filling out the form...